In this tutorial you will learn about the Java Control Flow Statements and its application with practical example.

Control flow or flow of control is the order in which instructions, statements and function calls being executed or evaluated when a program is running. The control flow statements are also called as Flow Control Statements. In Java, statements inside your code are generally executed sequentially from top to bottom, in the order that they appear. It is not always the case your program statements to be executed straightforward one after another sequentially, you may require to execute or skip certain set of instructions based on condition, jump to another statements, or execute a set of statements repeatedly. In Java, control flow statements are used to alter, redirect, or to control the flow of program execution based on the application logic. 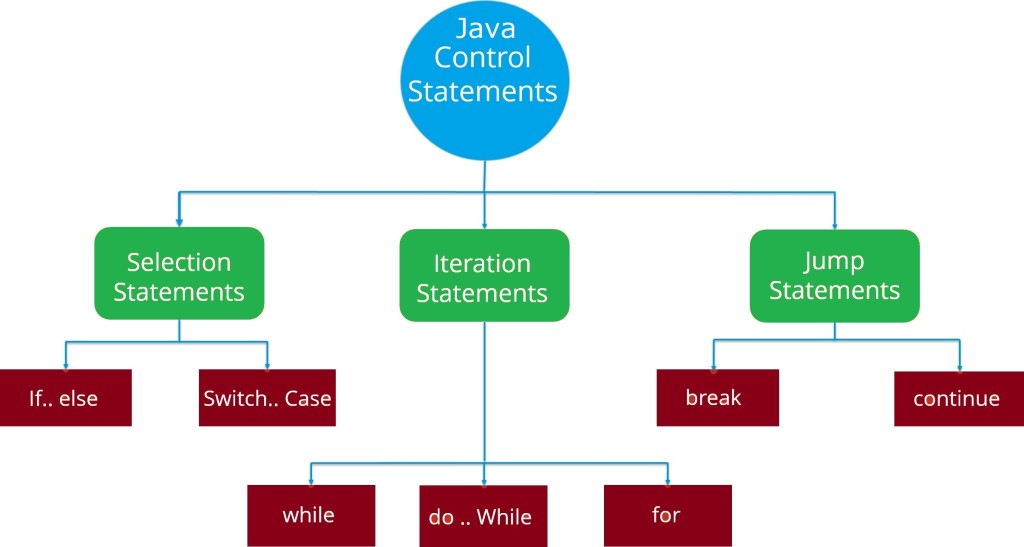 In Java, we have following selection statements –

In Java, we have following iteration statements available-

Jump statements are used to alter or transfer the control to other section or statements in your program from the current section.

In Java, we have following types of jump statements –

All of the above jump statements cause different types of jumps.

In this tutorial we have learn about the Java Control Flow Statements and its application with practical example. I hope you will like this tutorial.
Copyright © 2021 W3Adda. All Rights Reserved.