In this tutorial you will learn about the C Program For Merging Of Two Arrays and its application with practical example.

In this tutorial, we will learn to create a C program that will merge two different array the element of Array using C programming.

And at last, will merge the values and of the different arrays into a single array using C Programming Language.

To find Merge the two array element into single array 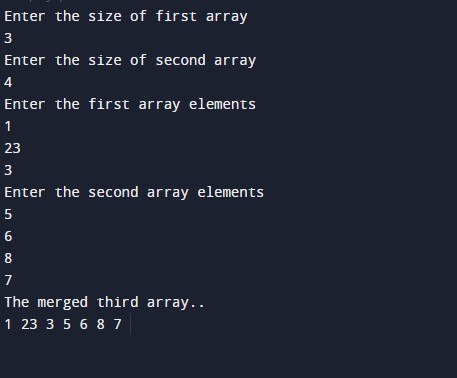 The above program we have first initialize the required variable 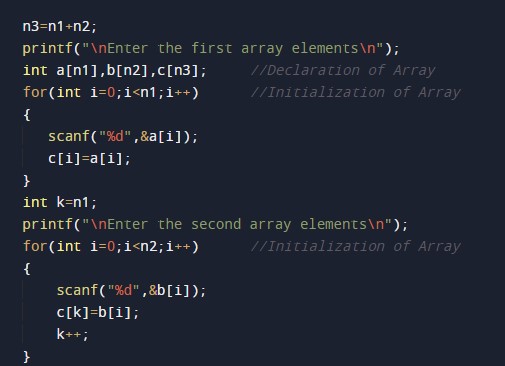 Taking input from the user for array1 as well as array2 and merging them.

In this tutorial we have learn about the C Program For Merging Of Two Arrays and its application with practical example. I hope you will like this tutorial.
Copyright © 2023 W3Adda. All Rights Reserved.