In this tutorial you will learn about the Program to check Bouncy Number in Java and its application with practical example.

In this tutorial, we will learn to create a Java Program to check Bouncy Number in Java  using Java programming.

Let’s understand first what is increasing and decreasing numbers before what is a Bouncy Number.

Increasing number are number their value increases from left-to-right and no digit in right is smaller to its left it is called an increasing number.

In this program we will learn to create a program to check Given number is Bouncy Number or not. We would first declared and initialized the required variables. Next, we would prompt user to input a number and later we will find it is bouncy or not.Lets gave a look at the program.

Not a Bouncy Number

Declaring a  method Increasing(). It will checks the given number present in Increasing order or not. 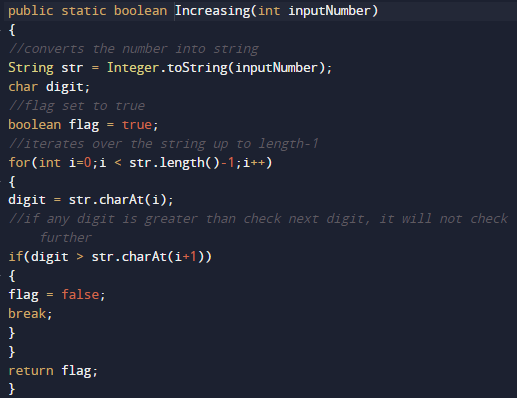 Similarly another method  named Decreasing()  it will gives a number in present in Decreasing order or not. 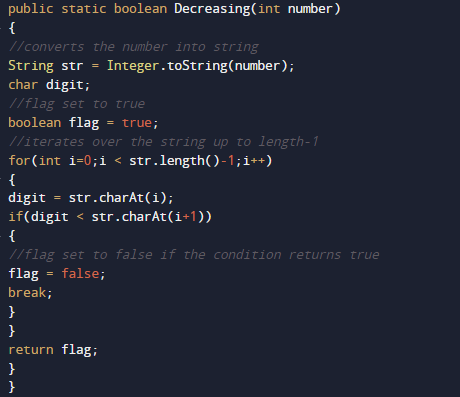 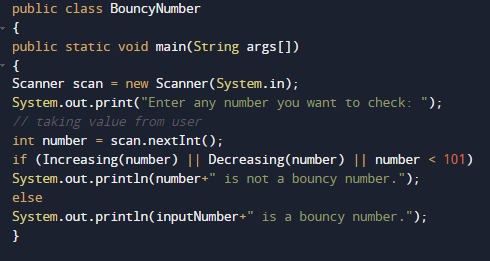 So we can say that given number is Bouncy or not.

In this tutorial we have learn about the Program to check Bouncy Number in Java and its application with practical example. I hope you will like this tutorial.
Copyright © 2022 W3Adda. All Rights Reserved.