In this tutorial you will learn about the Java Break Statement and its application with practical example.

Java break statement inside any loop gives you a way to break or terminate the execution of the loop containing it and transfers the execution to the next statement following the loop. It is almost always used with if..else construct. 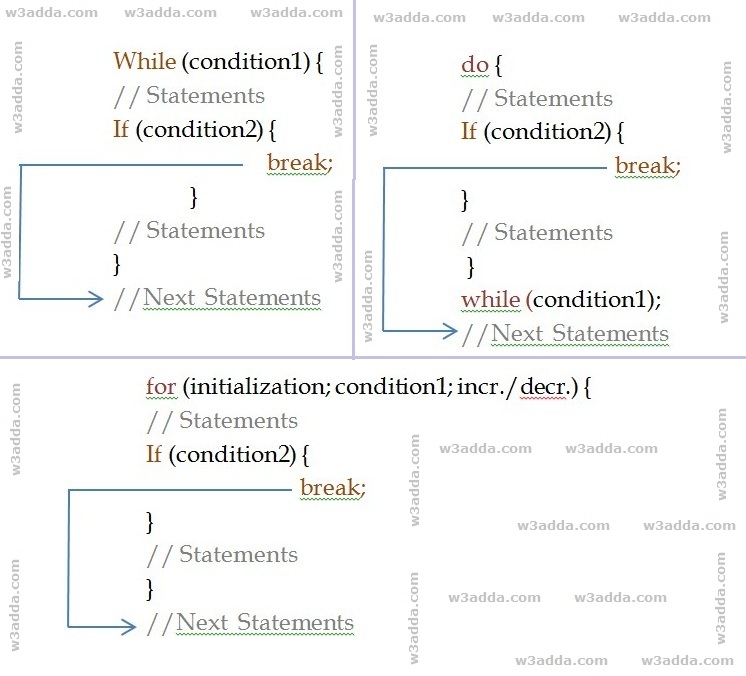 When we run this code, our output will be as follows –

In this tutorial we have learn about the Java Break Statement and its application with practical example. I hope you will like this tutorial.
Copyright © 2022 W3Adda. All Rights Reserved.