In this tutorial you will learn about the Laravel 5 Intervention Image Upload and Resize Example and its application with practical example.

resizeStore() :- To Upload and Resize Image with Intervention Package.

In this step, we will create view/blade file to generate and display Image Upload Form. Lets create a blade file “index.blade.php” in “resources/views/ImageIntervention/” directory and put the following code in it respectively. 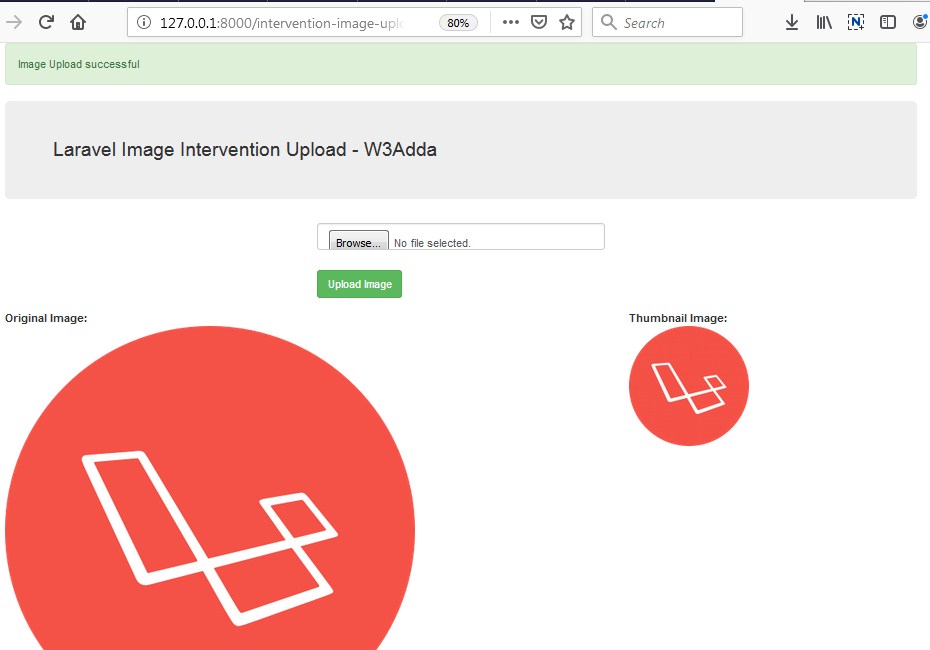 In this tutorial we have learn about the Laravel 5 Intervention Image Upload and Resize Example and its application with practical example. I hope you will like this tutorial.
Copyright © 2022 W3Adda. All Rights Reserved.