In this tutorial you will learn about the Program to check Sphenic Number in Java and its application with practical example.

In this tutorial, we will learn to create a Java Program to check Sphenic Numbers in Java using Java programming.

Sphenic numbers are numbers which have exactly 3 factors,and all are prime number.
Example :Some of the Sphenic Number are

So, first of all we will try to find the number is having  three digits (except 1) are prime or not.and product of these number gives the number or not . 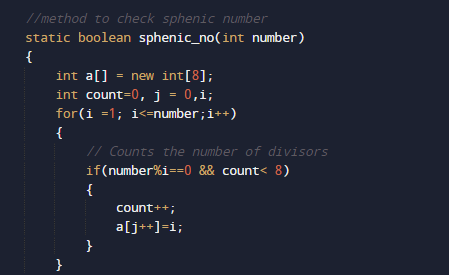 we can say that  number n is a sphenic if  n=a x b x c (a,b, and c are three distinct prime numbers and their product are n) 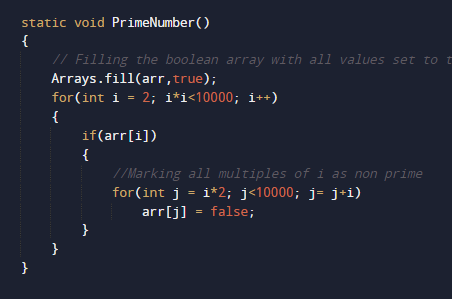 After all these condition we can say a number follow all this is a Sphenic number.

In this tutorial we have learn about the Program to check Sphenic Number in Java and its application with practical example. I hope you will like this tutorial.
Copyright © 2021 W3Schools | W3Adda. All Rights Reserved.