In this tutorial you will learn about the Flutter Hello World Application and its application with practical example.

Step 2:- Let’s create a flutter project. Go to File-> New->New Flutter Project. The following screen will help you to understand. 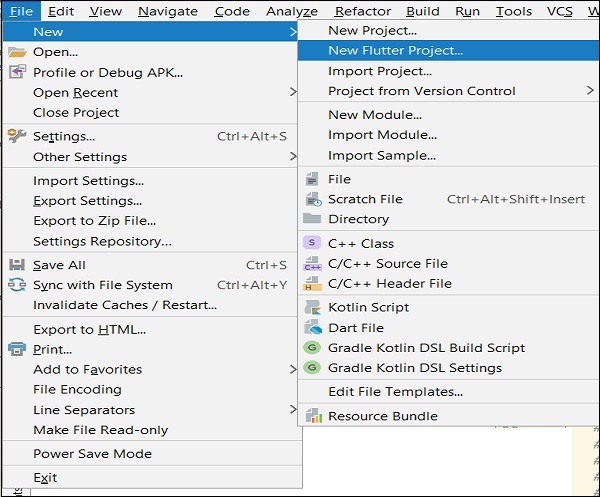 Step 3:- This will open you following wizard, select Flutter Application-> click Next. 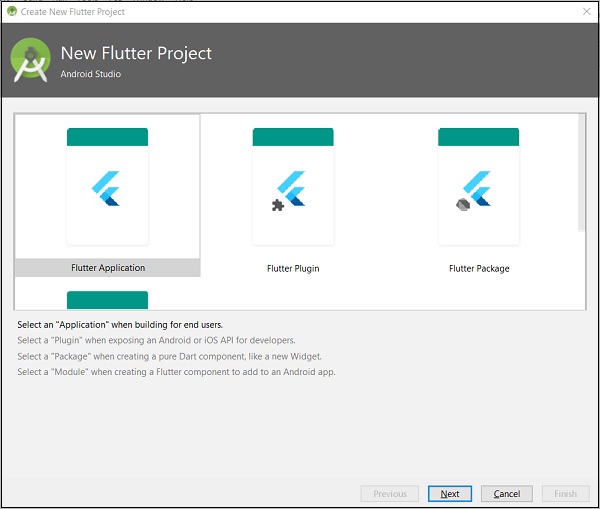 Step 4:- Now, we will configure the application providing details as below and click Next button. 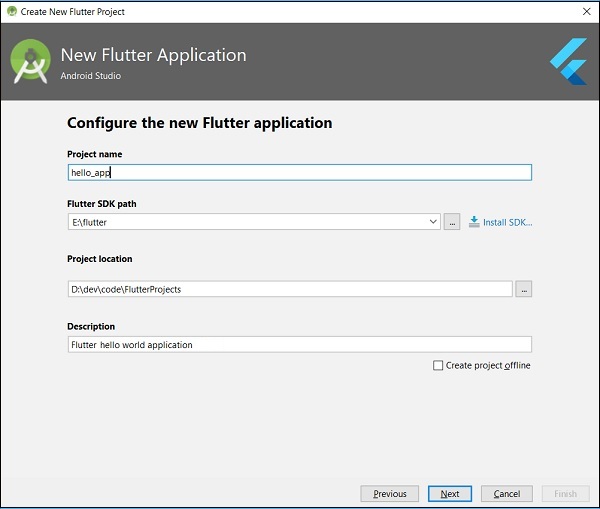 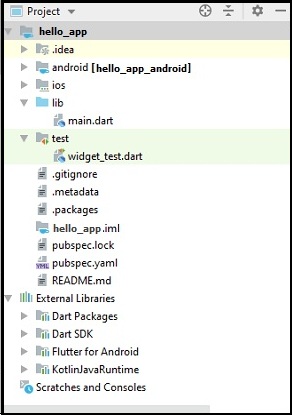 .idea :- This is the folder at the very top of the project structure, it holds the Android studio configuration.

.android :- This folder holds auto generated source code for complete android project while creating flutter application for android. When the Flutter project is compiled into the native code, this will be injected into this Android project to generate native Android application.

.ios :- This folder holds auto generated source code for complete iOS project while creating flutter application for iOS. When the Flutter project is compiled into the native code, this will be injected into this iOS project to generate native iOS application.

lib/main.dart − By default lib folder contains a main.dart file which works as entry point for our flutter application.

.gitignore :- A git file containing a list of files and folders that should be ignored by Git version control.

.metadata :- It is an auto generated file by the flutter tools, typically holds metadata or properties of our flutter application. You do not need to edit this file manually at any time.

.packages :- It is an auto generated file contain a list of packages for tracking dependencies of our Flutter project.

hello_app.iml :- It is always named as your Flutter project’s name. It is a project file contains additional settings of the project used by Android studio.

pubspec.yaml :- It is a project configuration file that is used by Pub, Flutter package manager.

pubspec.lock :- It is an auto generated file by Pub, Flutter package manager  based on the .yaml file.

README.md :- It is an auto generated file that holds project description.

Step 6:- Now open the lib/main.dart file and replace the code with the following code.

Now, we will understand the above code snippet line by line –

Step 7:- Now, we will run the application. Go to Run -> Run main.dart as shown in the screen below. 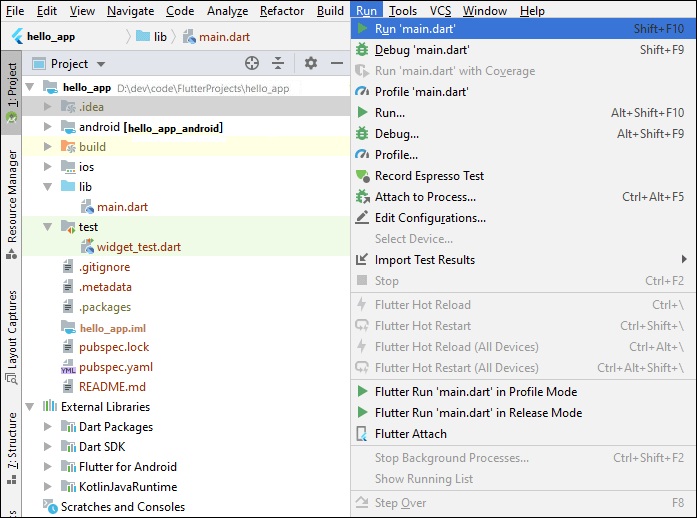 Step 8:- Finally, you will see the output in the screen as below –

In this tutorial we have learn about the Flutter Hello World Application and its application with practical example. I hope you will like this tutorial.
Copyright © 2022 W3Schools | W3Adda. All Rights Reserved.