In this tutorial you will learn about the Laravel 6 Intervention Image Upload Using Ajax and its application with practical example.

Before uploading the image we will validate it using server side validation. In this example we will be uploading the image using jquery ajax without page refresh and reload. After successfully image upload into the database and folder we will display original image along with its thumbnail image (resize image).

AjaxIndex() :- It displays Image Upload Form along with Uploaded Image and its thumbnail

and image will not cut off. We are passing width as 400 and height as 150. You can change these values as per your requirement.

If you are looking for hard crop then replace below lines

In this step, we will create view/blade file to generate and display Image Upload Form. Lets create a blade file “index.blade.php” in “resources/views/AjaxInterventionImageUpload/” directory and put the following code in it respectively. 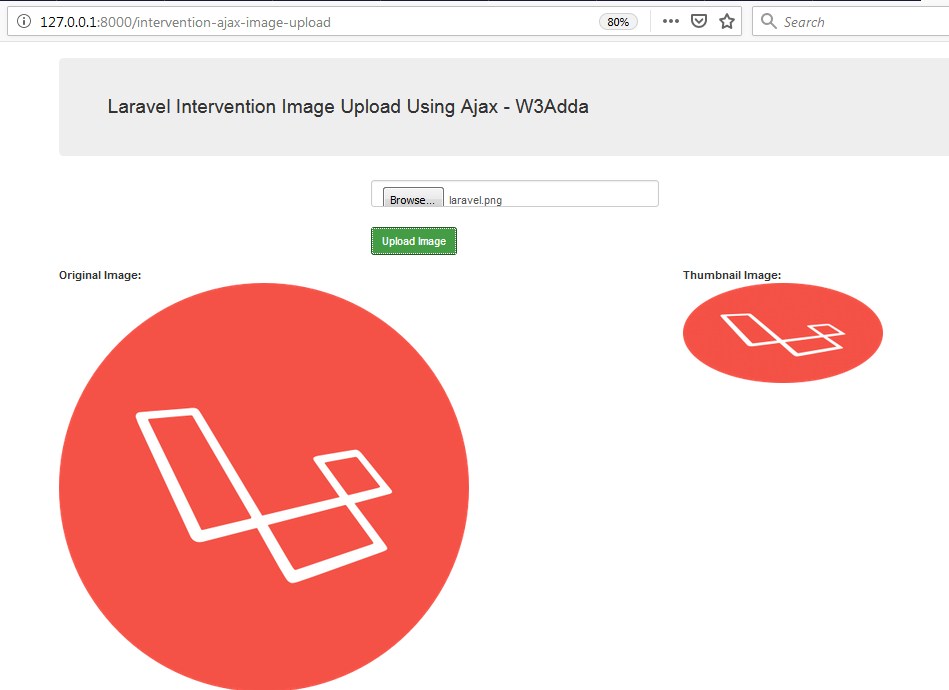 In this tutorial we have learn about the Laravel 6 Intervention Image Upload Using Ajax and its application with practical example. I hope you will like this tutorial.
Copyright © 2022 W3Adda. All Rights Reserved.