In this tutorial you will learn about the Laravel 6 Image Upload With Preview and its application with practical example.

In this Laravel 6 Image Upload with Preview example, we will learn how to upload image along with preview before upload in laravel 6. In this laravel 6 simple image upload example, I’ll show you how to validate upload image into folder and then save it into database. In this tutorial before saving image into database we will show preview of the image and then save it into directory. Before uploading the image we will display preview of the image. After successfully image upload into the database and folder we will display success message on the screen.

index() :- It displays Image Upload Form along with Preview Image before uploading

store() :- To Upload and Save Image in database.

In this step, we will create view/blade file to generate and display Image Upload Form. Lets create a blade file “index.blade.php” in “resources/views/simple_image_upload/” directory and put the following code in it respectively. 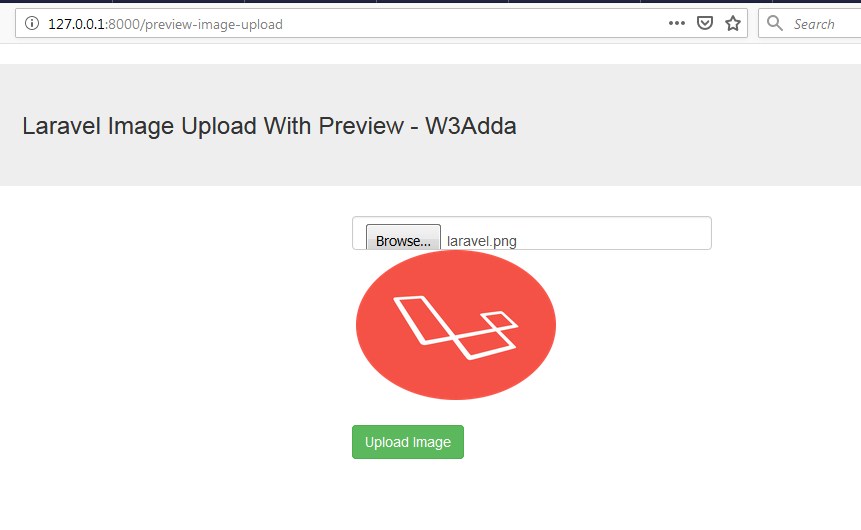 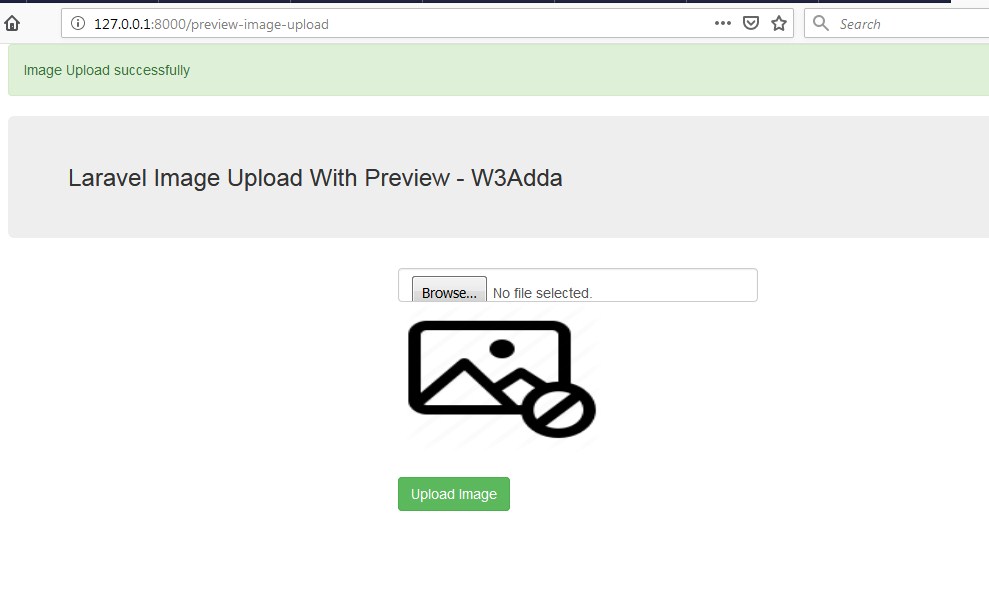 In this tutorial we have learn about the Laravel 6 Image Upload With Preview and its application with practical example. I hope you will like this tutorial.
Copyright © 2022 W3Adda. All Rights Reserved.