In this tutorial you will learn about the Program to check Mystery Number in Java and its application with practical example.

In this tutorial, we will learn to create a Java Program to check Mystery Number in Java using Java programming.

A mystery number is a number that lies between (22 to 198), i.e. 198>=N>=22.A number that can be expressed as the sum of two numbers and those two numbers should be the reverse of each other.

Example:  some the example of Mystery Number are:

A number will be called a Mystery number if sum of two number and reverse of these two number must be same .We would first declared and initialized the required variables. Next, we would prompt user to input the value. Later we will find Mystery Number. 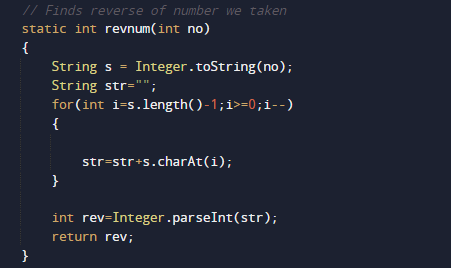 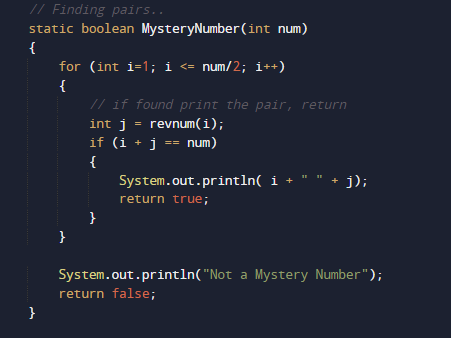 If the sum and the given number are equal, the number is a mystery.

Else its not a mystery number.

We have implemented the above a Java program that checks if the given number is a mystery number or not.

In this tutorial we have learn about the Program to check Mystery Number in Java and its application with practical example. I hope you will like this tutorial.
Copyright © 2023 W3Adda. All Rights Reserved.