In this tutorial you will learn about the C Program to Print Hollow Inverted Star Pyramid and its application with practical example.

In this tutorial, we will learn to create a C program that will Print the Hollow Inverted Pyramid Star Pattern in C programming.

Before starting with this tutorial, we assume that you are the best aware of the following C programming topics:

What is a pattern?

The patterns can be any shape or design drawn on the screen i.e. triangle, rectangle, pyramid, any other shape. In the C programming language, the patterns are generated using loops and iterative statements.

Below is an example of Printing a hollow Inverted Pyramid Star Pattern. 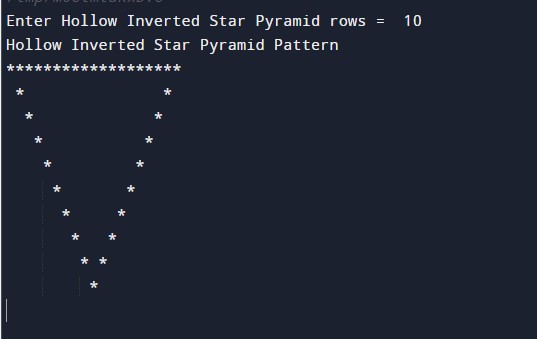 Input the number of rows for the hollow inverted pyramid.

Code to make the pattern on the screen. 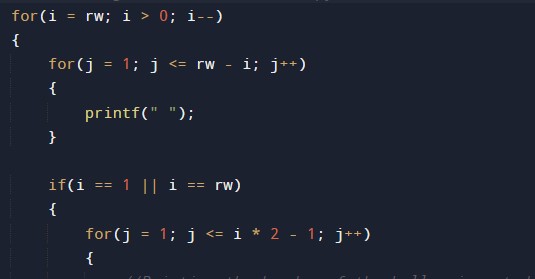 In this tutorial we have learn about the C Program to Print Hollow Inverted Star Pyramid and its application with practical example. I hope you will like this tutorial.
Copyright © 2022 W3Adda. All Rights Reserved.